Urban Planner James Rojas will be in Miami in mid-March.  Come regress to your childhood days and help build a better Miami. Details of the workshop coming soon… 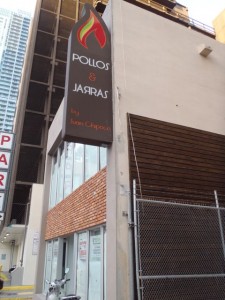 The owners of the hugely successful CVI.CHE 105 are opening a new restaurant next door. On February 24 Juan Chipoco and Luis Hoyos will introduce Pollos y Jarras & Wasska Lounge to downtown foodies. Their newest restaurant menu will include Peruvian rotisserie chicken, BBQ, grilled meats and tapas. According the owners they will use organic ingredients too. I’m certain the food will not disappoint, but what is especially intriguing to me is the  transformation of a garbage dump into an outdoor lounge.

CVI.CHE 105 opened in 2008 with a handful of tables and became an immediate hit. It was so successful that two years later Juan and Luis expanded next door and now the restaurant seats 200 customers. I remember going to CVI.CHE 105 in 2008 and thinking to myself, “This neighborhood is terrible”. Four years later N.E. 3rd Avenue is coming alive for a number of reasons, but it would only be fair to recognize Juan and Luis for helping to revitalize this once seedy street.

A 200 seat restaurant brings people to the streets of downtown Miami.  The more people the restaurant attracts the more eyes on street, which in turn makes the immediate area safer. Pollos y Jarras & Waska will further help revitalize the neighborhood, especially with the cool new outdoor urban lounge they are designing. A former service alleyway is in the process of being converted and will become a bar and lounge. What awesome vision…see for yourselves. Pollos y Jarras &Wasska will be an excellent addition to the neighborhood.  I can’t wait to check this place out and have a beer, or two, or three… 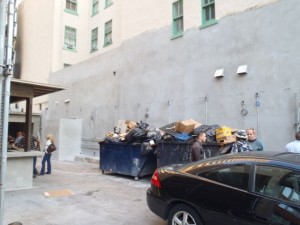 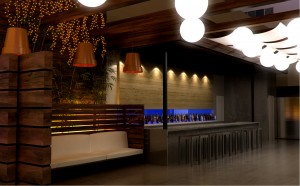 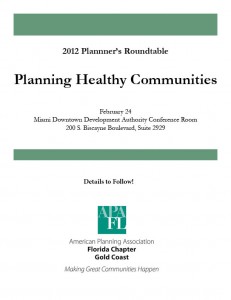 Miami Today reported last week that the County might have a little extra pocket change to dish out to the Miami Downtown Development Authority to make some improvements to Flagler Street. Last year the DDA commissioned a study of Flagler Street and the study called for  “wide sidewalks that are clean, safe, uncluttered and shaded; cohesive design elements such as landscaping, street furniture and art; urban parks, plazas and open space; regularly occurring street festivals and events; and classic trolley service to other downtown destinations.”

Flagler needs a major face-lift. We can start by getting rid of the large business-unfriendly vases that block the storefronts. These planters are killing business for retailers. Anyone driving by cannot see the storefronts-they are completely blocked by the vases. They should be removed immediately and replaced with shade trees (no palm trees please!).  Let’s not neglect to mention that the planters are occupying value real estate which could be better utilized by pedestrians and restaurants. 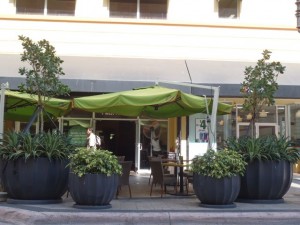 The planters are hurting businesses along Flager Street. Can you tell that this is Lime?

Flagler clearly needs wider sidewalks as well.  The apartments downtown are filling up quick and our pedestrian infrastructure needs to keep pace with the growth that our urban core is currently experiencing. 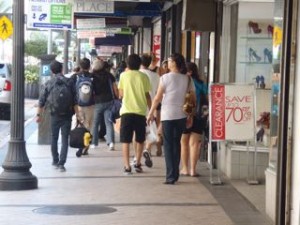